Getting back at mother

Pardon me pals... I was in the middle of my mudpie treatment and, well, I dug too deeply and now, I do not know where the Spa is. 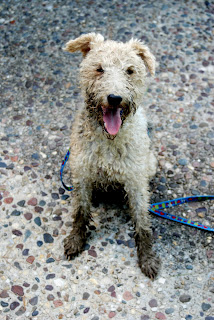 I looked over there, and the spa isn't there. 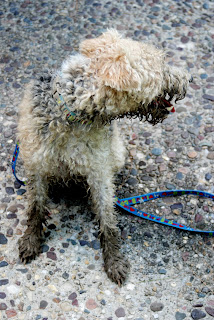 My feet, belly and beard have had the deluxe treatment. 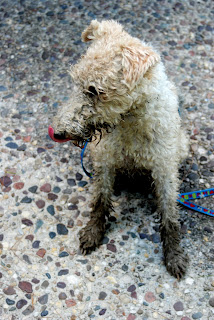 Of course, the thought of Mother's face when she sees me will be priceless. We are at a bit of a war with each other at the moment. BOL. I wrote about our feud in a previous post. BOL. 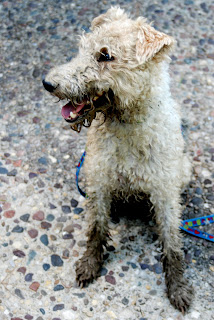 Wow. Getting ready for a trip to Michigan! I have NEVER been there, although Zorra was last month for a big flyball tournament. I cannot wait. I had a GREAT time in Henry, IL a couple of weeks ago. Oh, yea.. well, I had a great time. Not sure Mom did.

You see, it is like this. I play by my own rules. If others want to follow what I say and do, then we will get along GRREAT. If not, then you have a problem, and I will tell you about it, of course.

I watch a lot of Nascar, and Tony Stewart is my favorite driver. You see, we live by the same philosphy sometimes.... If you ain't rubbin' - you ain't racin'.

In flyball, they have this B-O-R-I-N-G rule that all dogs should remain in their OWN lane. The dogs should systematically jump over the jumps in THEIR lane, get THEIR balls from THEIR box an run back to THEIR handler. Let me tell ya. B-O-R-I-N-G.


My mom is always saying something like blah blah blah, don't you want to be on the big dog team like Zorra and run in the big league? What's wrong with you? Do you want to only run in minor league?

I say.. Zorra, Smorra. She would jump off a bridge if you told her to, and I wasn't there to stop her. I say.. Run with Gusto, be your own dog, don't do what is expected, take everyone out who doesn't listen... those are my mottos.

Mom has a LOT to learn about flyball. BOL. Wish her luck.
Barked by Katie at 11:39 AM No comments:

Email ThisBlogThis!Share to TwitterShare to FacebookShare to Pinterest
Piles flyball 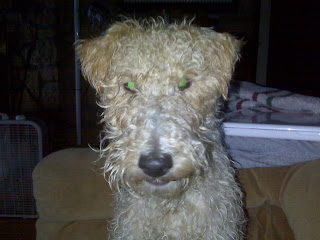 Mother thinks she's quite clever. She posted her to her own blog horrid lies about ME!

I am not very happy with Mother anyway, and I WILL leave her a nice present when she's not looking. Katherine, Zorra, and mother are going to a flyball tournament and I am not going. I am so distraught. Mother says I need to stay home and take care of Auntie and go to work.

HURMPH. THAT does NOT sound like a GOOD TIME MOTHER. I shall bite you when you return on Sunday. Until then, however, I will be the best boy possible, so that when you think of me, you will think of fond memories while I plan my revenge.
Barked by COL. Sam ASTA-fari Joe H. Pinkerton Peabody, Esq at 1:26 PM 1 comment:

We certainly have been neglectful of our pals, but have been tweeting a bit lately. But, training for agility and flyball has been a pretty high priority for us.

A few weeks ago, Zorra and I went to a flyball tournament and Zorra won her first Flyball title. It was very, very exciting! She was racing with three other dogs and did a great job for her first time. Sam and I went for moral support. I raced, but I raced just against another dog. I wasn't on a team. Sam is still in training, and didn't race at all. He was just along for the ride.

Two weeks ago, Auntie took Zorra to a flyball tournament with the team in Chelsea, Michigan. Zorra was pretty nervous since she was away from Mom and me. But, she tried really hard for Auntie. Zorra liked being with our Auntie Sharon, who also is one of our agility instructors. They all stayed in Auntie Sharon's RV and had a great time.

Last week, Zorra, Sam, Mom and our Auntie Becky all went to Henry Illinois for a U-fli tournament. We didn't run on a whole team, but I ran with another dog, Max. We ran pairs. We raced against another pair of dogs. We didn't win, but we chalked it up as a learning experience.

Zorra ran in single dog racing and had a personal best time of 7 seconds. Mom was very excited. In a week, we are going to Hastings, Michigan for a Nafa flyball tournament. Zorra is racing, and we are all going for moral support. We can't wait!!!!